‘Everesting’ rides have become the target of some endurance riders in recent years. That is, riding the elevation of Mount Everest in a single ride, being 8,848 metres or 29,029 feet at the time of writing.

In August 2019, Wheelers member Marcello Grossi became one of the youngest ‘Everesters’ around, completing the feat at the age of just 16 on Milk Hill at Alton Barnes. The effort involved 129 repeats of the climb. Perhaps as a sign of things to come, an Everesting on this hill actually only required 111 ascents, so Marcello went above and beyond – literally!

Marcello’s desire for a new challenge in 2020 took one big step further – a double Everesting! The hill chosen was Bannerdown in Batheaston. This was steeper than Alton Barnes, at an average of nearly 8%, as opposed to 5%, therefore assisting in reaching the height gain required quicker.

A schedule of 29 hours was proposed, not much longer than the 24 hour ride the previous year at Milk Hill. The start time of midnight on Saturday 25 July 2020 would mean Marcello finishing in the early hours of Sunday morning. Along with Marcello’s parents, a team of supportive Wheelers was assembled to help out with effort, through providing sustenance, riding alongside our hill climber extraordinaire, and providing general cheer to this ultra-marathon effort for the full 29-hour schedule. The Wheelers team consisted mainly of Deborah Williams, Mervyn Neely, Jo Spencer, Michael Spencer, Tony Wilson, Ben Parker and Howard King. Many more club members rode with Marcello on the Sunday, as several regular group rides were redirected to Bannerdown.

In addition to the timings, detailed plans were prepared with respect to Marcello’s fuelling and power output. One unknown quantity usurped all the best laid plans however – the weather forecast was atrocious for Saturday. Taking heed from the weatherman, the start was delayed to 9pm on Saturday, meaning a finish time around 2am on Monday.

With poorer weather becoming a regular feature further into the effort, Marcello took longer breaks to avoid the worst of the rain, to make sure he kept warm and was able to continue to climb and descend safely. The expected finish time was passed with a considerable amount of climbing still to be achieved.

At 4am on Monday, amid persistent rain, the final stint of 19 reps was begun. By 10am the effort was complete – Marcello had become the youngest double Everester in the world. In total 114 repetitions of the Bannerdown climb were performed, again giving a handsome margin of safety over the 110 that would have secured the achievement.

Here are some of the incredible stats from the ride:

Here’s Marcello’s entry in the Everesting hall of fame: Everest Hall of Fame

On YouTube, a video documenting the challenge using a drone, prepared by fellow Wheeler Napapon Chanwit (aka Eckman): YouTube Video

In the Advertiser article, Marcello summarises the effort with characteristic humility: “going down was much easier than going up”!! An understatement of epic proportions! Such understatement however, is not untypical of this humble, unassuming 17-year-old world record holder. 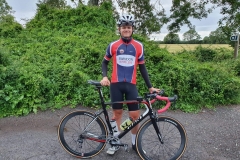 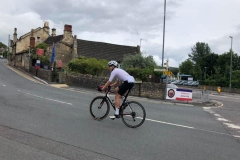 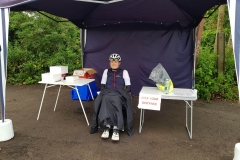 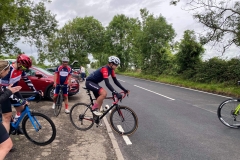 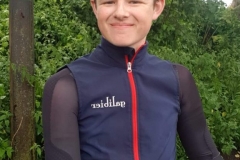 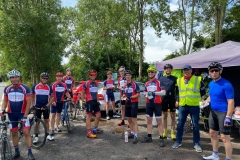