How hard can 3 or 4 minutes of cycling be?! If you try going as hard as possible up the 17% gradient Snap hill near Ogbourne St George, you’ll find out! The club’s annual hill climb event has always been marked by an atmosphere of shared camaraderie, offering an opportunity for the bravest souls from the different speed groups to come together and encourage each other in what is a brief, but shared experience of pushing yourself to the limit.

On 12 September 2020, in conjunction with Team Swindon Cycles, Swindon Wheelers hosted a two-stage open hill climb, part of the annual series of ranking events run by Cycling Time Trials. This was a replica of the usual club event, and attracted some of the best hill climbers in the country, including 3 previous national champions. In total the event saw 53 entries, with ranking points available for both the 3-mile shallow climb to the summit as well as the short steep side.

The weather was sunny and warm, although a strong south-westerly breeze hindered the riders’ progress on the shallow climb from Aldbourne. Conversely, this had the opposite effect on the steep side, and both men’s and women’s course records were broken. Given the different nature of the climbs, they produced different winners:

Some photos from the day follow, taken by pitchsidephoto.co.uk. 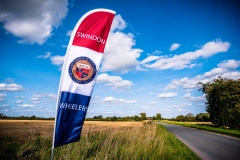 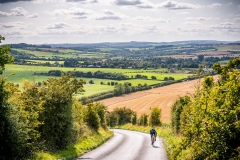 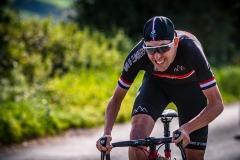 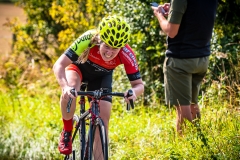 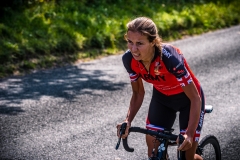 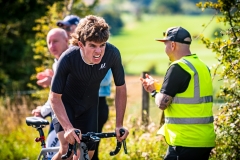 The club hill climb followed the next day in similar conditions, albeit with a lighter south-westerly wind. On this occasion the same winner prevailed on both climbs:

Some pictures taken by club members on the day follow. 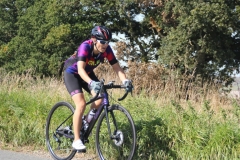 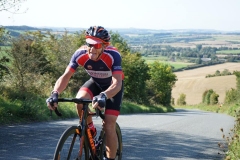 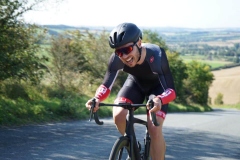 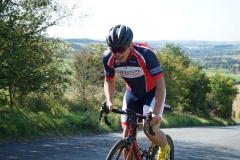 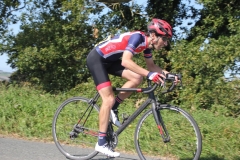 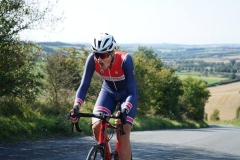